Technology will change our lives in ways we can’t expect. However, the gender gap in tech jobs may slow down the process. After all, companies that employ more women often see their return on investment grow. So how can women enter and flourish in the tech sector? We explore the experiences of some of the world’s leading women in the industry while spicing up the piece with our in-house employee’s story.

So if there is an association between high gender diversity and improved revenue, why do we still have a gender disparity in technology jobs? We have explored the experiences of some of the world’s leading women in the tech sector while also interviewing one of our in-house software engineers.

“Tech is an incredible force that will change our world in ways we can’t anticipate. If that force is only 20 to 30% women, that is a problem.”
says Susan Wojcicki, the CEO of Youtube.

Meet Marita Cheng, she’s one of The World’s Top 50 Women In Tech, according to Forbes. Cheng founded the smartphone app Aipoly that, through AI, helps visually impaired people recognize objects by saying object names out loud.

“Recognizing something in real-time means that the person who is blind is able to identify more objects in a shorter space of time and they can get on with their life a lot quicker.” she says.

The idea behind Aipoly grew out of the Global Solutions Program at Singularity University in California, where entrepreneurs and technologists work together on team-based technology solutions for widespread global challenges. 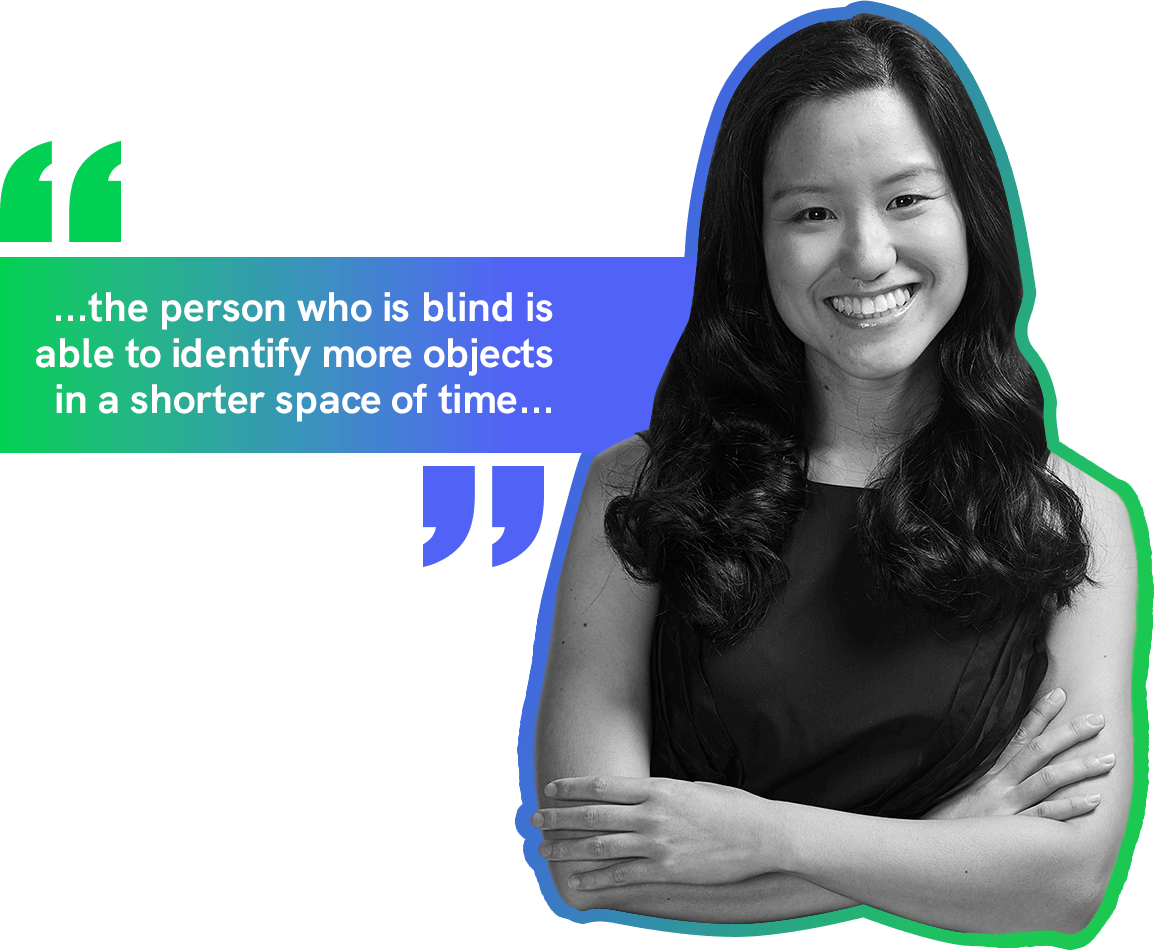 Cheng says she met a woman at Google with a PhD in computer vision and asked her if she knew of any problems in the space. “One of the things she mentioned is that she had a blind friend who wasn’t able to recognize objects in surroundings that were unfamiliar to them,” says Cheng.

“We thought back to machine learning lectures at Singularity University and thought, why don’t we put this technology on a phone so that people will be able to use their phone to instantly recognise objects? So we did!”

Studying at the University of Melbourne, Cheng was shocked by the low number of women in the engineering major. “Engineering is all around us so it’s important that the engineers who create our world are as diverse as the people who are in it”

So the idea for Robogals was created, and Cheng and other students started running robotics workshops in schools to encourage girls to pick engineering and technology careers.

Since then, the organization has conducted thousands of workshops in schools. Till today, she still lectures to students at school when she can.

Recognizing opportunities is the first step to achieving an entrepreneurial mindset. That’s what Cheng excels at. 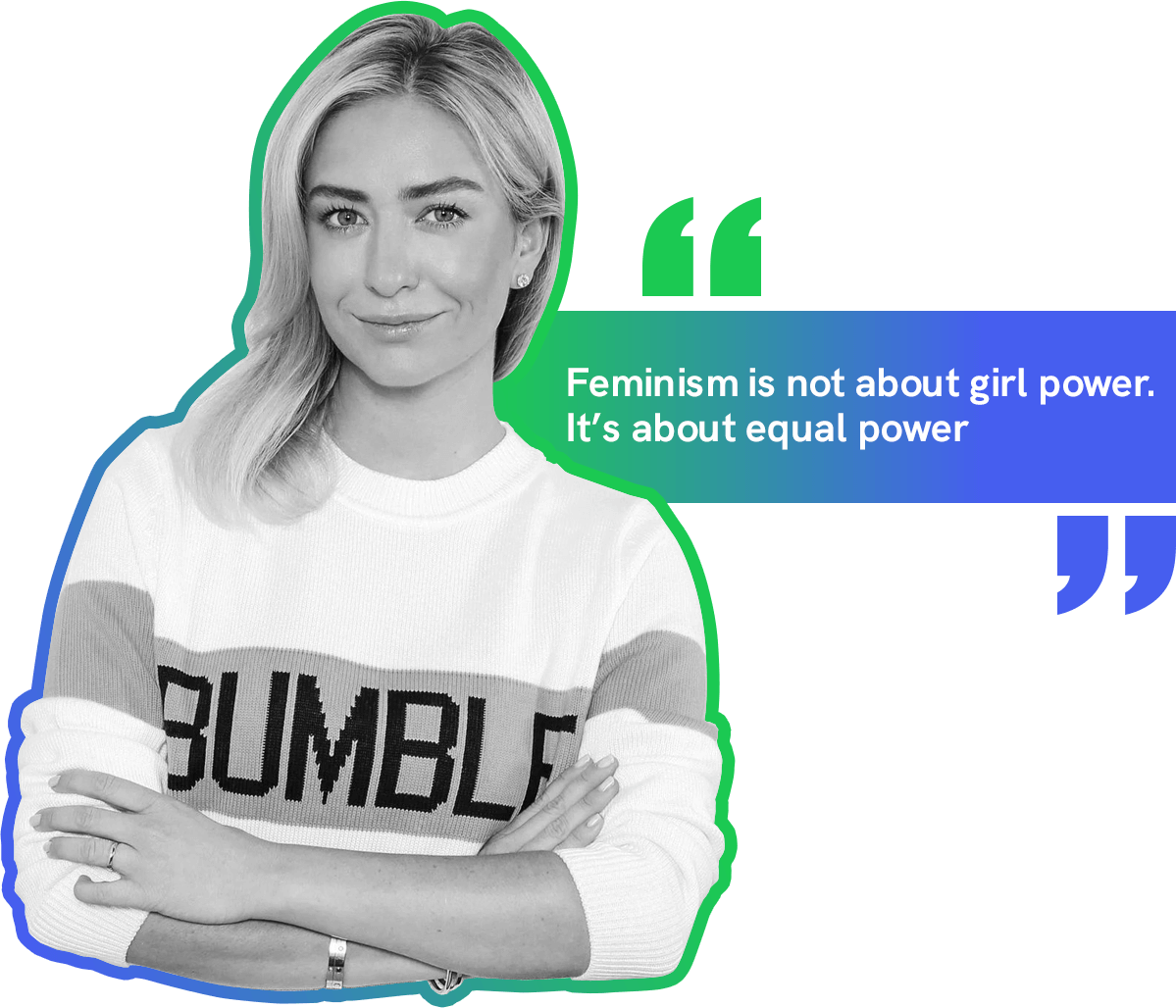 Wolfe Herd, the founder of Bumble, is among the world’s youngest self-made billionaires. Her road to success wasn’t easy, however. She didn’t have a STEM degree. And during her spell as the VP of marketing at Tinder, she experienced sexual harassment and discrimination.

Now, leading Bumble, Herd differentiates the dating app from its competitors by taking a firm stance against body shaming, dealing with the unsolicited sending of obscene images, and showing zero tolerance for misogyny.

“Feminism is not about girl power. It’s about equal power.” says Herd.

DID YOU KNOW THAT WOMEN MAKE UP
30% OF THE ARMENIAN TECH WORKFORCE
WHILE THE WORLD’S AVERAGE IS ROUGHLY 20 PERCENT?

However, there’s a gender gap in leadership positions in Armenia.

At Codeex, we pride ourselves on having a vibrant community where each member brings unique value.

And Inesa Toroyan, whom we talked to for some inspiration, is no exception. 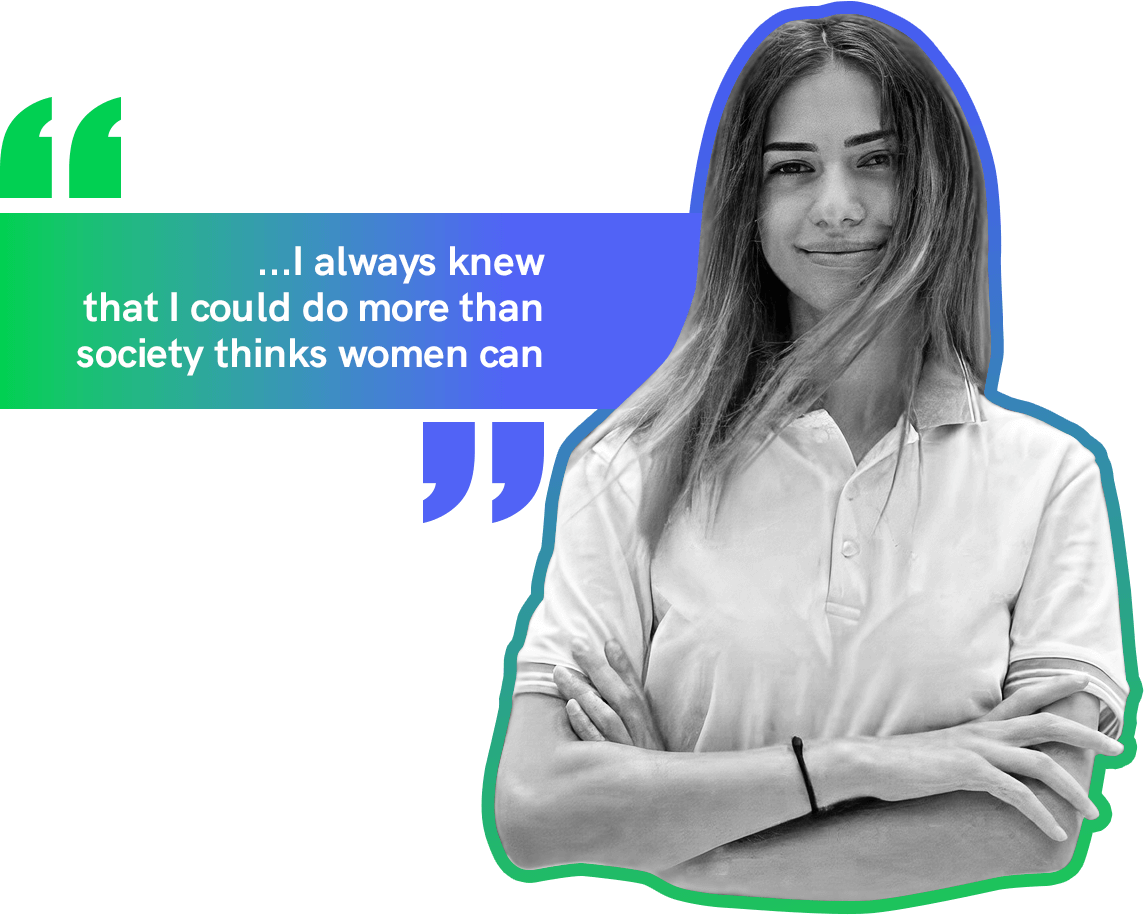 Can you share a bit about your job and what you do?

Sure. I do software engineering here at Codeex. I am very passionate about my job, as it is all about creating new and innovative products. I do like this industry, as it combines logical thinking, technical knowledge, and great ideas in one place.

Did you always know that working in technology was what you wanted?

I always knew that I love creating new things, and when I was younger, I saw that passion in different areas, such as music creation and gouache painting, which are hobbies of mine.
I was very good at math at high school, so I decided to study something similar as an undergraduate. Computer science was my choice. Studying computer science helps me a lot in my day-to-day life as well. Sometimes when I face an issue, I notice that I approach it differently due to the math courses I took. So, yes, computer science is a great thing to study!

Working at Codeex means working together with great colleagues, during spare time discussing logical problems and challenging each other, having fun, watching the sunset near our laaarge windows, and just enjoying the day in great company.

Why do you think there are still so few females in the technology sector?

I believe it’s an issue regarding the social mindset we have been injected with since birth. A lot of my friends and many families that I know are stuck with the idea that women are far away from tech and science, which is not the case.
I grew up in a family where my grandmother and mom are maths and physics teachers, so I always knew that I could do more than society thinks women can. The first most important factor is to believe: the rest will come by itself.