We are with you in all stages of IT operations

We offer end-to-end support and implementation of your IT product, from idea to launch. 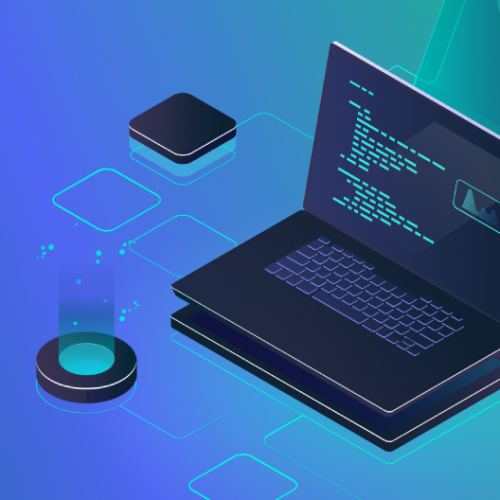 Create your dedicated team with Codeex from scratch or simply give us the idea and we’ll give you back its implementation. Our pool of experienced project managers work with you to design the correct and the most efficient way of implementation. Our technologies and services are flexible to be adapted to your company, your workstyle and your vision.

We don’t just create custom software, we build solutions to address your business problems. Tap into our technology expertise to develop a custom software that will impress your targeted audience.
View more

Tap into our mobile development talent-pool. Codeex will help you to create powerful, beautiful and enterprise-grade mobile solutions.
View more

Our IT Consulting services can simplify your business and help take your mind off of technology issues and problems. We can modernize your business processes with a worry-free approach to using IT.

The Dedicated Team model of cooperation provides superior development services whether you are looking for the mobile app, web app, e-commerce software or SaaS software – you are at the right place.
View more

With our extensive expertise we know how to quickly adjust and integrate our QA procedures into your already-established software development processes. We provide fast and thorough testing services for websites, desktop and mobile apps.

Through extensive use of the latest and greatest tools, including AWS, microservices, our consultants are trained in both the business and technical areas. We have proven experience of working with AWS Lambda based serverless platforms.

Depending on your preference, our services can go beyond mere support and expand into ensuring that your product, along with its hosting, servers and the entire ecosystem is working properly.

Putting together a cutting edge management team and talented developers, we cover over 8 years of experience and more than 40 international projects carried out with 30+ clients. Throughout this journey we are proud of a certain set of competencies we’ve developed, which include:

Internet of Things (IoT) implies to any device in any sector, ranging from the everyday coffee maker, laundry machine to the engine of the airplane. We have experience of making devices smart and ‘self-aware’, also ensuring high security of its performance and operation.

Today digital sources generate huge amount of data. Analyzing this data, uncovering patterns helps to understand users and their behavior. Dealing with such a big volume of data takes more than a human brain, it takes big architecture of smart software, artificial intelligence.

DevOps is the complex combination of software development and IT operations to increase the capacity to deliver products faster and better. It is shortening the product development cycle. In addition efficiency and speed, DevOps makes our products and services more reliable, scalable and secure.

Enterprise development is first and foremost a mindset targeted at the problems of big corporations, seeing opportunities in those problems and creating solutions for them. In a more technical language it’s a set of processes, technologies, information and most importantly people that helps to transform IT management to best maximize business value and return on investment.

At our R&D Labs we’ve created an environment where we imagine, we experiment, we push forward and create new things. And especially with our nearshore system, with our R&D Labs we offer a set of advantages and opportunities, including low-cost development and testing of new ideas, products and prototypes. You don’t need to employ a separate team or equipment to try your ideas out, we have it all at your disposal and we love how the craziest idea can get transformed into a viable product at our R&D Labs.

Today through Artificial Intelligence and Machine Learning computer software can complete tasks within seconds that would take humans days to complete. This is a globally emerging branch and a trend in the IT industry, which we are intensively keeping up with.

After over 10 years of experience we have created workflows and processes that are both stable and flexible to best adapt to the client’s needs.

What are the benefits

Access to our diverse talent of experts, diverse IT fields, technologies and management skills

We take care of team building, management, training, etc… to give you more time to focus on your core product and objectives

Over 50% cost reduction due to our smart nearshore system

Get a visual demo version of your idea. You approve it, we create it

Access our wide range of programming languages and technologies that we constantly keep updated and improved. Those include:

Nearshoring is the golden middle way between onshoring and offshoring, which uses the advantages of both. Onshoring companies deal with high costs in hiring, labor, production and other areas, while with offshoring quality control and management of the production system overall becomes rather complicated due to both geographic scale and cultural barriers. With nearshoring, companies get to create a system, where IT production is run in a nearby country, benefiting from close geographic proximity, common business culture and reduced operational costs.

Lower costs in management, production, staff and other areas

Utilizing global talent – the team and the network of project managers, developers and engineers we have in Germany and Armenia offer the best         expertise and the talent from both regions